Aristide Tarnagda was born and lives in Burkina Faso. After a literary baccalaureate he studied sociology at the University of Ouagadougou. But his passion for the theater took over quickly and he joined the troupe of the Théâtre de la fraternité de Jean Pierre Guingané. He trained there for 5 years.

In 2004 his artistic career took another turn. He meets the author Koffi Kwahulé during the Récréatrales. This meeting was decisive and since then writing became anchored at the heart of his artistic life. In 2005 he founded the company Théâtre Acclamation. He works and collaborates with artists like Lamine Diarra, Etienne Minoungou, Odile Sankara, Eva Doumbia, Marie-Pierre Bésanger, Alexandre Koutchevski, Luis Marquès, Moïse Touré etc.

In 2007 he won the contest Visas for creation. He received a bourse from the CNL in 2009 and one from the Francophonies festival in Limoges in 2008. In 2013, he was invited to the In of the Avignon festival with his play Et si je les les tuais tous, madame? He presents his play Musika at the 2016 edition of the Afrique en Création festival in Prague. As part of the Récréâtrales 2016, he directed a text by Hakim Bah Gentil petit chien with students from the Comédie de Saint-Etienne and trainee artists from the Labo ELAN 2014/2016. His latest text Sank ou la patience des morts is read at the Avignon Festival 2017 as part of the reading cycle Ca va, ça va le monde! by RFI. He co-directed it with Pierre Lambotte, which is presented in the off of the Avignon festival 2017.

He received the Grand Prix Littéraire d’Afrique Noire 2017 for the collection of his plays Terre Rouge / Façons d´aimer published by Lansman editions.

In 2018, he created Que ta volonté soit Kin by Sinzo Aanza for the 10th edition of Récréâtrales.

In 2020, for the 11th edition of Récréâtrales, he continues his exploration of the work of Sinzo Aanza and stages Plaidoirie pour vendre le Congo.

He has been the director of Récréatrales since 2016.

An explosive presence on Marin Sorescu Theatre’s stage, and a real comic force, Raluca Păun is an extremely complex artist who impresses both through her effervescent acting creations, and through her directing activity.

She has staged performances both at the Craiova National Theatre (Dangerous Liaisons by Choderlos de Laclos; Cabina artistelor by Arnošt Goldflam; The Old Man’s Daughter and the Old Woman’s Daughter after Ion Creangă and 1,2,3… BÉBÉ by André Roussin, for which she has signed the direction together with Alexandru Boureanu), and within the independent theatre (Teatrulescu Company).

She graduated from the University of Craiova, Theatre Art Department / Acting, class prof. Ilie Gheorghe, between 2001 and 2008 she worked at the „Anton Pann“ Theatre in Râmnicu Vâlcea, and since 2003 she has been an actress at the „Marin Sorescu” National Theatre.

Her characters are nuanced, surprising, full of well-controlled humor, sometimes full of sensitivity and sometimes irresistibly energetic, both for the audiences and for the directors who cast her in extremely challenging productions. 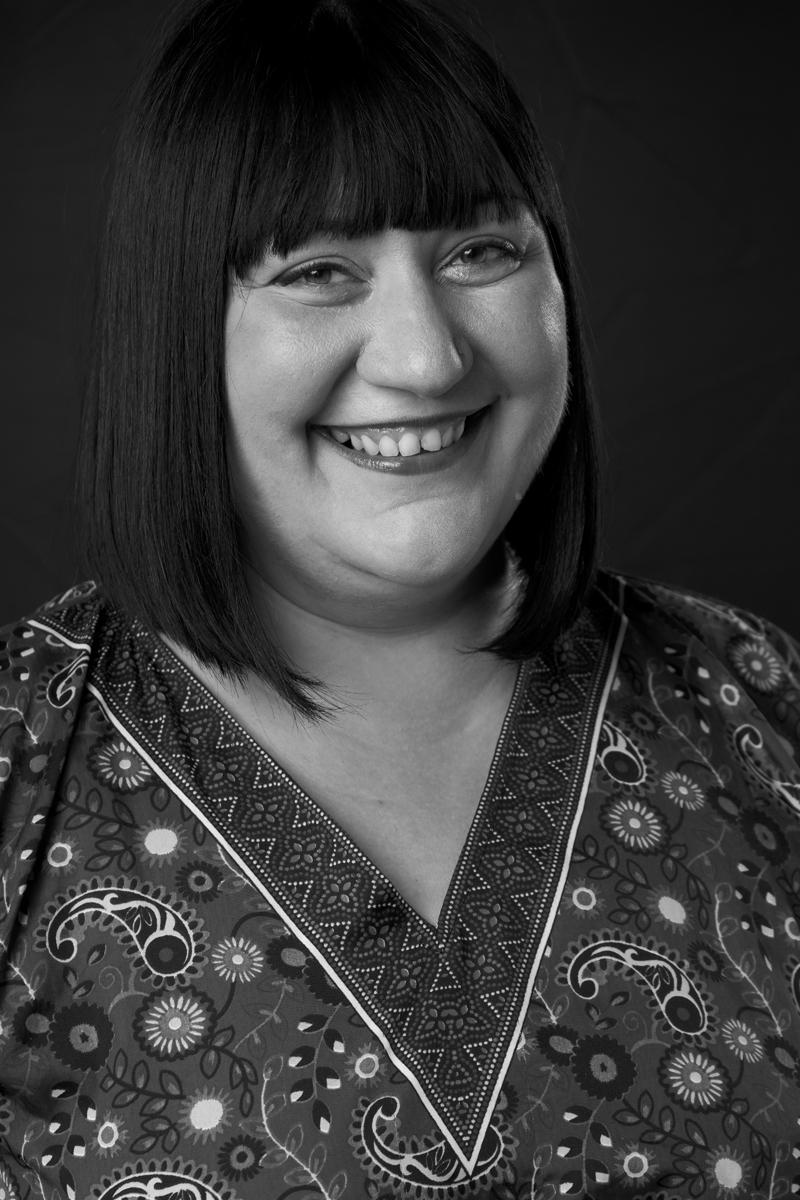