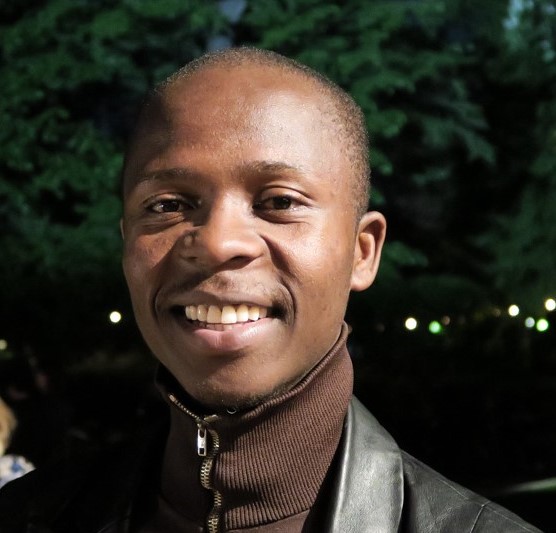 Lloyd Nyikadzino is a multi-award winning theatre professional with over 14years of experience. He continues to work extensively as an educator, director, arts manager, performer and arts consultant, locally and internationally. A graduate of Dell’Arte International School of Physical Theatre and University of Zimbabwe; serving as school director for the Zimbabwe Theatre Academy and artistic director for Mitambo International Theatre Festival.

Lloyd is a fellow at The John F. Kennedy Center for the Performing Arts-USA, Theatertreffen Fellow – Germany, Magnet Theatre –South Africa and The Lab – Georgetown University-USA. He has been involved with a number of Zimbabwe communities in creating and presenting performances for social transformation, targeting the politically, socially and economically marginalized populations.

He has also worked as a guest mentor at the University of Zimbabwe –Theatre Arts Department, theatre guest lecturer at the Midlands State University and a drama teacher at Girls High School, Harare in Zimbabwe.  He also serves as a worldwide coordinator of the International Theatre Institute’s – Network of Emerging Arts Professionals (NEAP), which is committed to the professional development of the next generation of global cultural leaders.