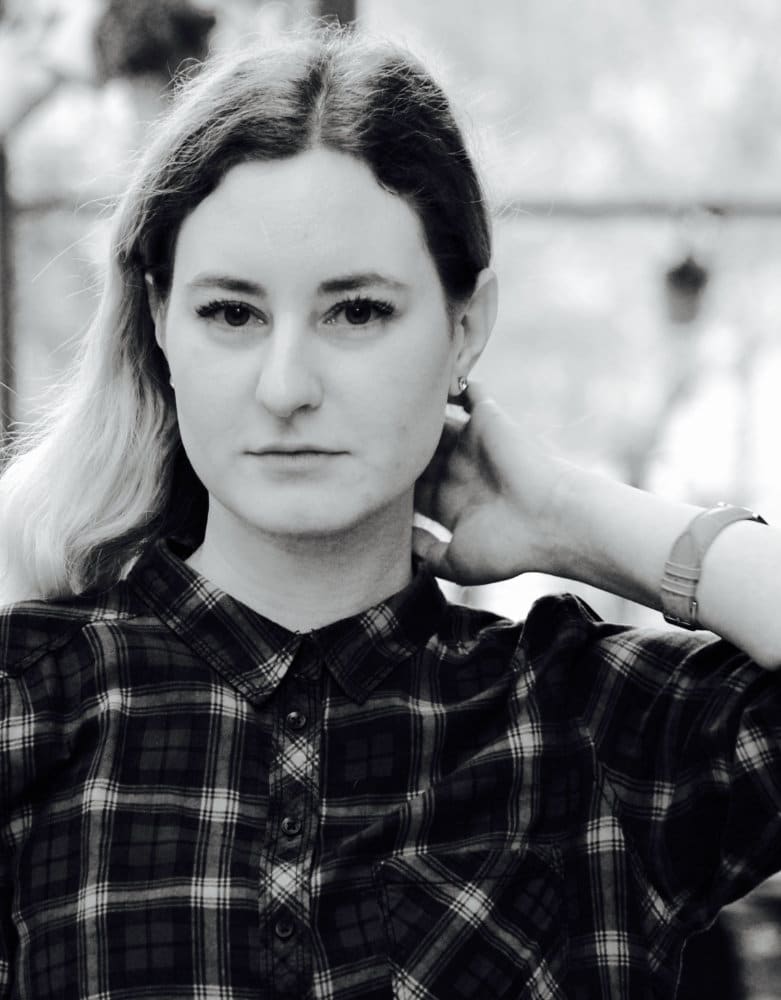 Alexandra Petrova is one of the most acclaimed young directors in her home country. She graduated from BFA Theatre Directing program at the National Academy for Theatre and Film Arts, Sofia in 2016 and BS degree in Psychology at the Sofia University in 2017.

Furthermore, she studied Stage Directing at the Royal School for Dramatic Art (RESAD), Madrid and did her assistant director internship for Ivo van Hove’s production of Small Souls at Toneelgroep Amsterdam (ITA-ensemble).

She directed and wrote the playscript for Hansel and Gretel musical at the National Youth Theatre, Sofia. In 2018 she directed for the Drama Theatre Plovdiv The Tenant based on the Slovenian play Vladimir by Matjaž Zupančič, which was selected and participated at the Week of Slovenian Drama Theatre Festival 2019 and received a nomination for the National Theatre Awards.

In the same year she directed a new Bulgarian play Cicadas by M. Hristov, which was selected for the official program of Plovdiv – European Capital of Culture 2019 and later received a nomination for the National Theatre Awards.

She works both for national theatres and independent theatre scene. Her focus of interest is the synergy between theatre, cinema, visual arts, street art and new technologies. She is currently working on a project that combines original playscript, cinematography and architecture.

Iulia Lazar graduated from the “I.L. Caragiale” National University of Theatre and Film Bucharest. Immediately after graduation (2000) she was cast by the director Vlad Mugur in the performance of The Gossip Carnival after Carlo Goldoni, and since then, she has been part of the Craiova National Theatre, where she has played more than 30 roles.

She has worked here with Silviu Purcărete (Phaedra after Seneca and Euripides, The Twelfth Night by W. Shakespeare, Measure for Measure by W. Shakespeare, A Tempest after W. Shakespeare), Robert Wilson (Rhinoceros by Eugène Ionesco), Alexandru Dabija (Good News. Final! by Davide Carnevali), László Bocsárdi (The Playboy of the Western World by J.M. Synge, Caligula by A. Camus), Claudiu Goga (The Inspector by N.V. Gogol, A Night’s Lodging by M. Gorki), Radu Afrim (Meerkats House by David Drabek), Bobi Pricop (Against Freedom by Esteve Soler) etc.

Iulia Lazar’s scenic presence cannot be forgotten, she just catches your attention from the first moment, as shown by her memorable roles played on the stage of the Craiova National Theatre. Her Masha in The Seagull by A.P.Cehov, directed by Yiannis Paraskevopoulos (2015) and Valerica in Meerkats House by David Drabek, directed by Radu Afrim (2019) are just two examples from the dozens of roles she has played so far.